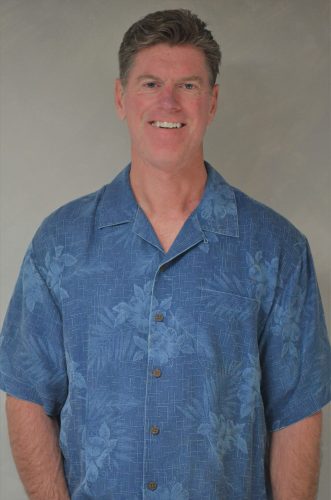 Mark Andrew Kelly dropped out of college and enlisted
in the United States Marine Corps, finding himself standing on the yellow footprints of Parris Island the day after his twenty-first birthday.

After six years, several awards, and numerous deployments
around the world, Mark was honorably discharged from the
Marines with the rank of sergeant.

FRONT ROW SEAT is a novel about what it means to be a police officer, and the inevitable ways in which the job changes the people who choose to take it on. Donna Harris is an accomplished rookie eager to put her training into action, though she is somewhat naïve about the day to day reality of police work, and has a lot to learn about the citizens she serves and protects. Gerald Dennen is Donna’s field training officer, and is trying to impart all the wisdom he has accumulated over the years while struggling against some disillusionment with his career. Their sergeant, Mitch Reilly, is at the end of his career and has seen more than he’d like of the world in this job, but it still dedicated to serving to the best of his ability until he reaches retirement.
SEE WHAT MY READERS ARE SAYING 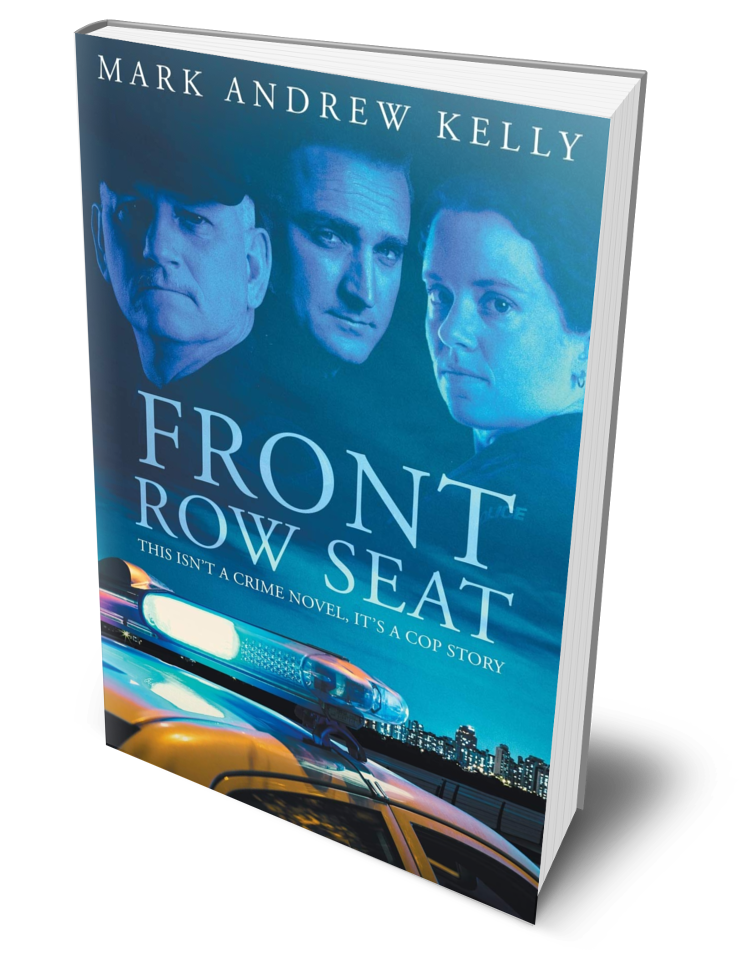 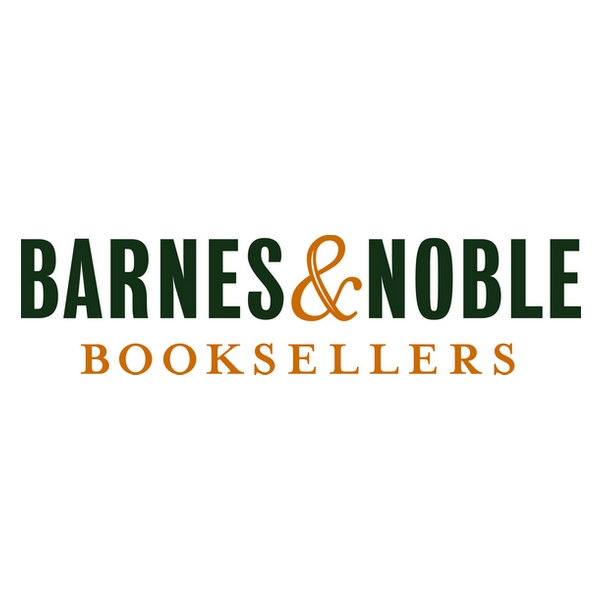 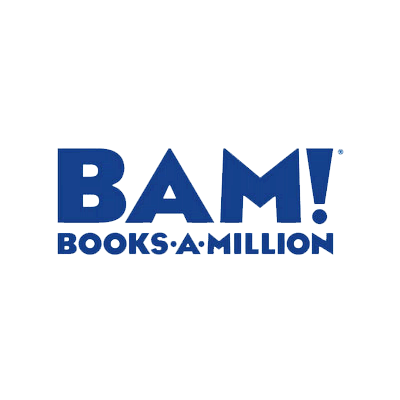 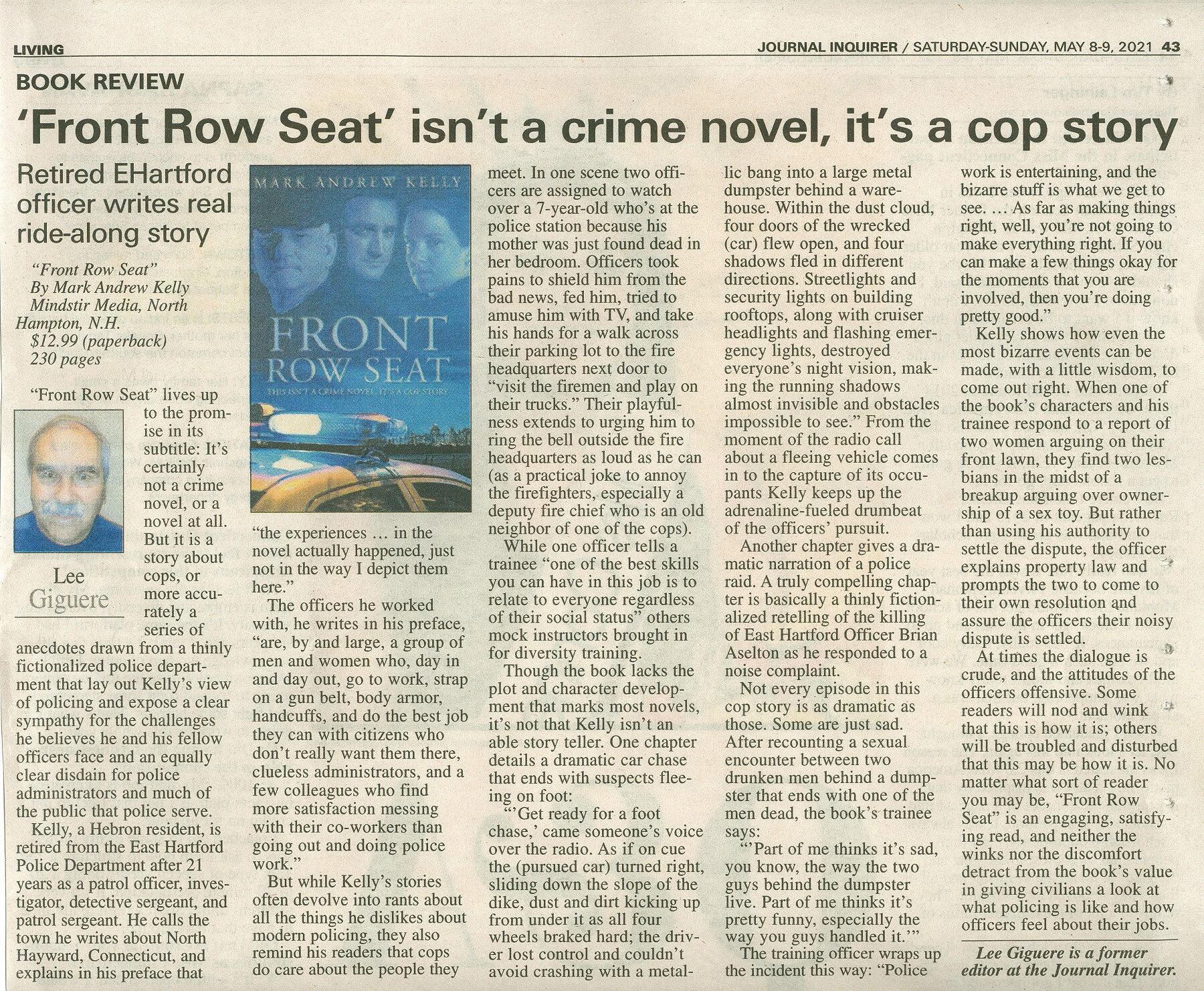 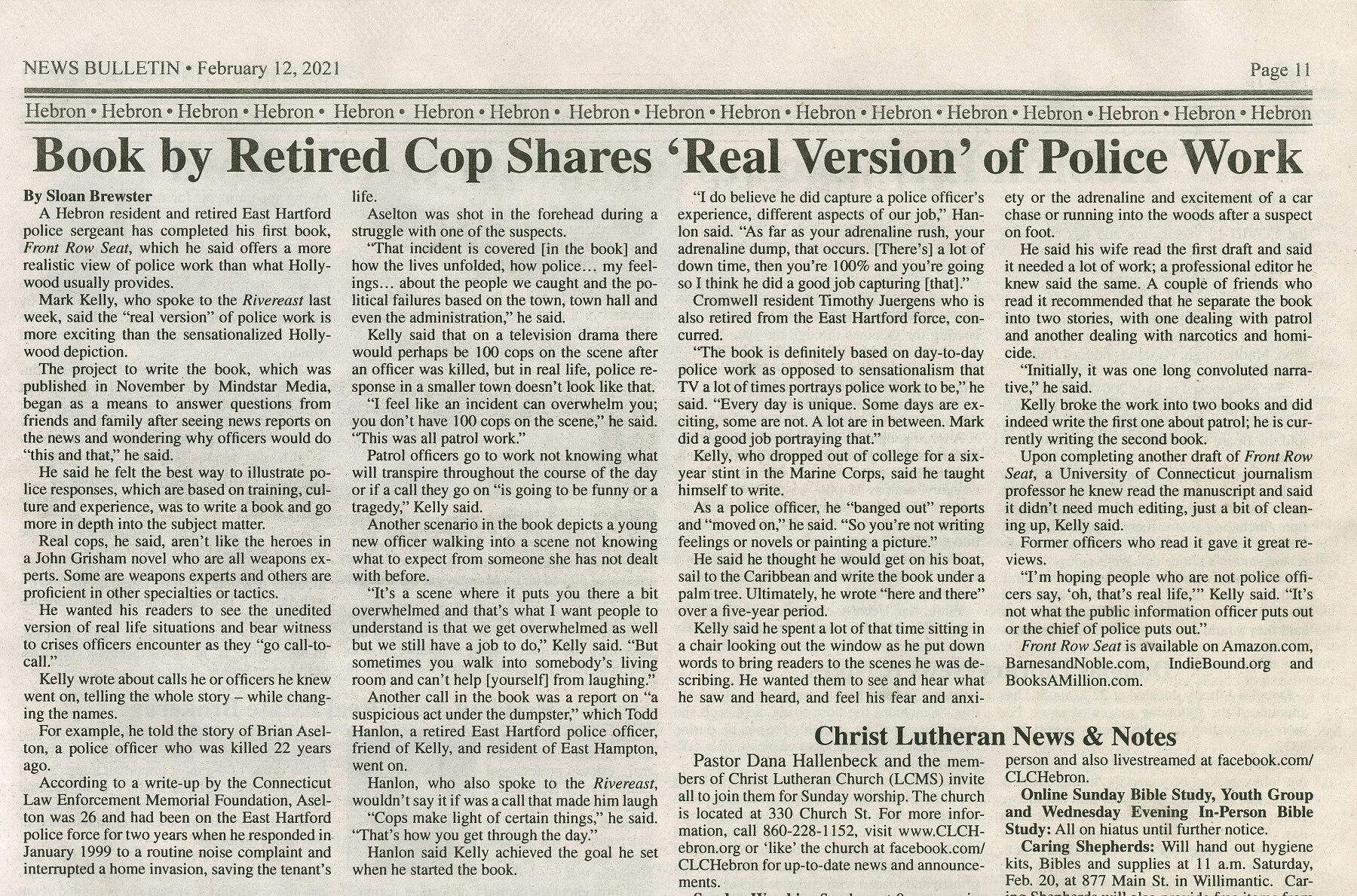 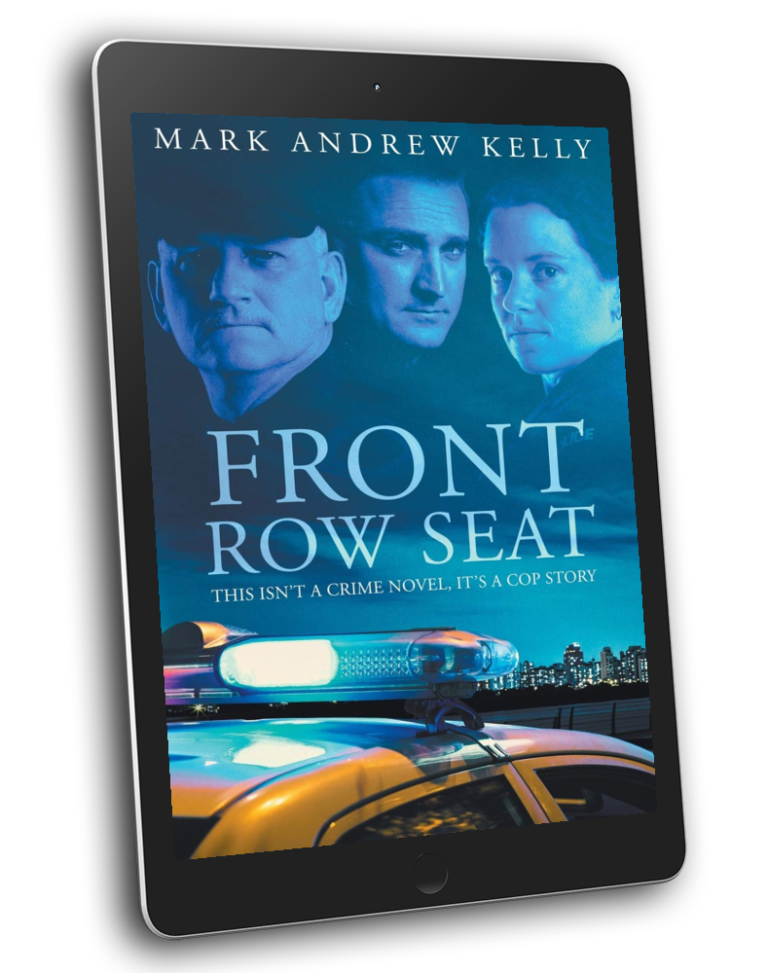 What inspired your story, Front Row Seat?
Family and friends would often ask, “What’s it like to be a cop?” or “Why do cops do such and such?” for a given situation depicted in the news. I wouldn’t be able to describe the job in just a few sentences, the training, the boredom, the fear and the politics, unless I tell the whole story. This book is an attempt to tell the whole story of being a patrol officer in a town of fifty thousand citizens served by a department of one hundred twenty officers.
Would you tell me about where the book takes place?
The book takes place in the fictional town of North Hayward, Connecticut. It is based on my experiences working for the Town of East Hartford, Connecticut. Geographically, East Hartford is located across the Connecticut River from the capital city of Hartford, is approximately three miles by five miles and has about 51,000 residents.
READ MORE AUTHOR FAQs